In the middle of the Principessa build I stumbled on a great deal on something I've wanted for a long, long time: A Bianchi road bike. 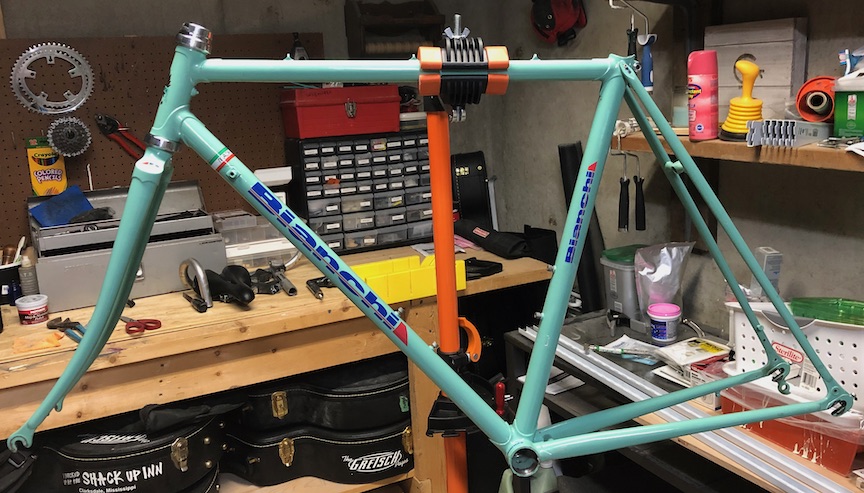 This particular one has some assembly required, but it's a genuine made-in-Italy, fully chrome-moly, celeste Bianchi. And it's in my (small) size. I'm pretty excited to get going on it, as soon as other projects allow.

It's a beautiful thing. I believe it's an '87, based on the serial number. That's a pretty dodgy way of dating old Bianchis, since the serial numbers make absolutely no sense at all, but that's my best guess. That particular Bianchi logo was only used for a few years in the late '80s and very early '90s, so I know I'm close. 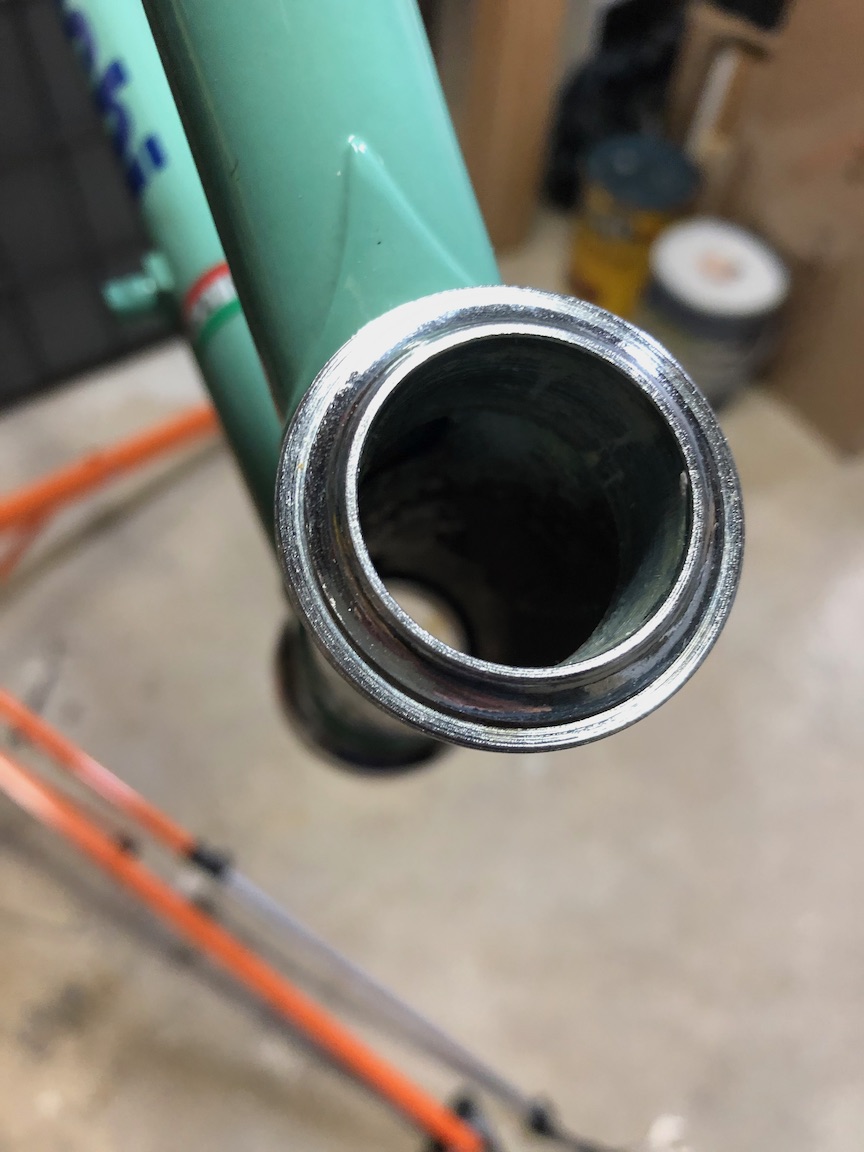 All I've really been able to do so far is thoroughly clean and polish it. The paint was quite good, so I just used some Turtle Wax polishing compound to bring the shine back. I cleaned and re-lubed the headstock with the usual Finish Line teflon grease after polishing the races with Mother's.

Polishing the races was probably overkill, since they were in pretty good condition anyway, but it doesn't hurt, right? 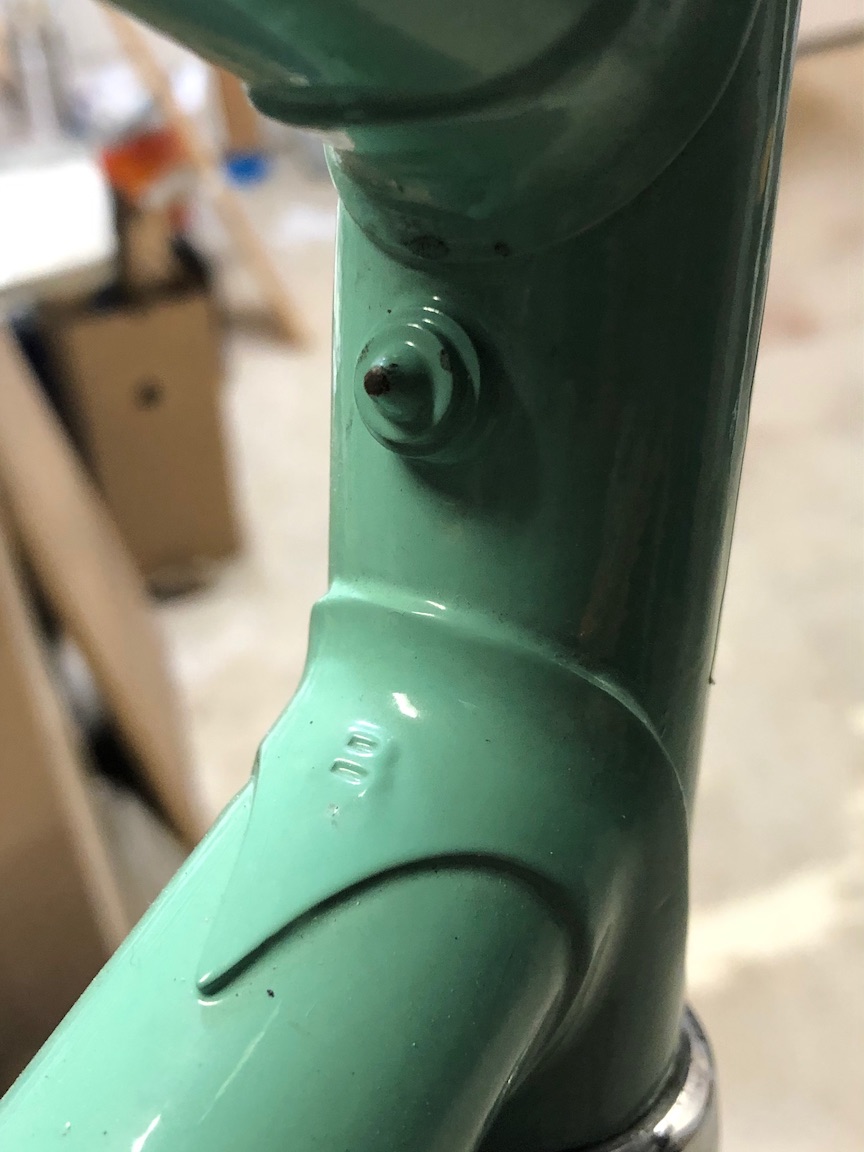 The pump peg on the back of the headstock is an unusual detail. They're not seen all that often on Bianchis, and when they are seen, they seem to usually be situated so the pump is parallel to the seatstay, not the top tube. I like the "B" on the lug, too. 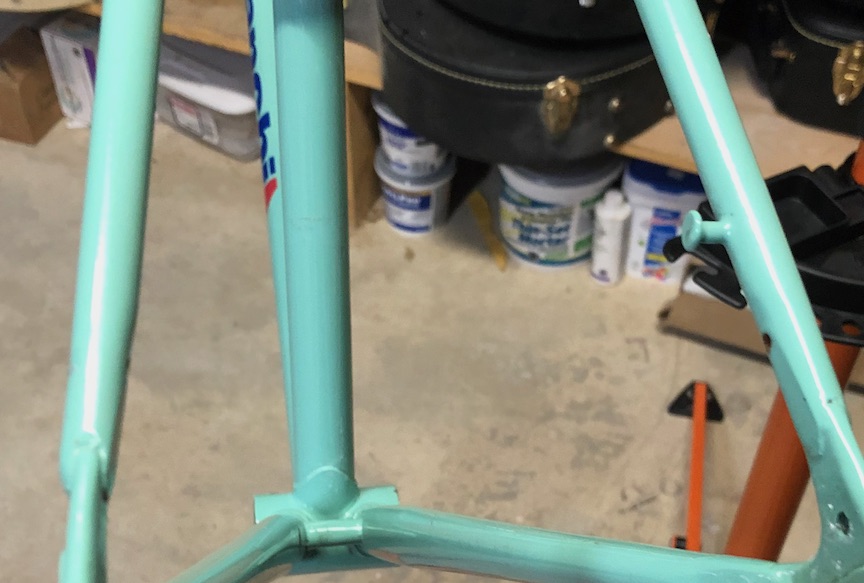 The chain hanger is a nice touch, too. 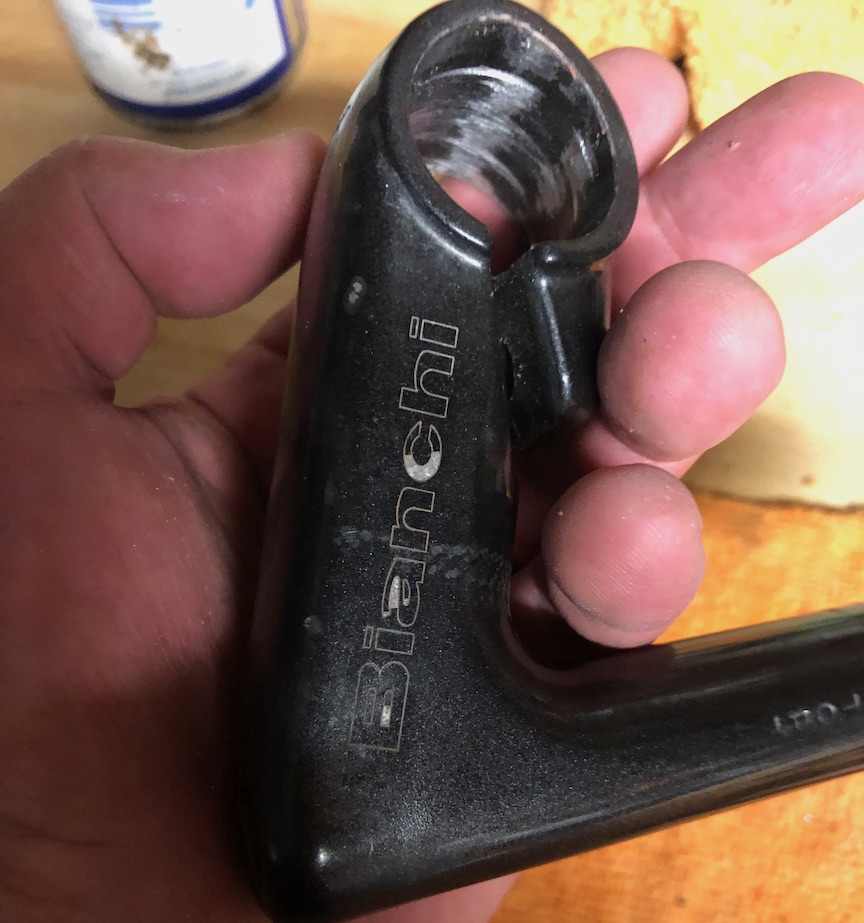 It came with a stem from the Bianchi "black stem" era, which further helps narrow down the age of it. This particular stem has a lot of damage to the finish, so I'm going to first try to strip and polish it. If that fails, I'll repaint it.

One bit that has me stumped (and stalled) is the bottom bracket. I know it's a 70mm, so I picked up a Shimano 70x118 Italian-thread BB, which is a nice BB for the money, but it doesn't seem to have the right threading. I think I'm going to have to take the frame into a shop and source one locally. I don't want to buy cranks until I have the BB, so I remain somewhat stuck.

Edit: With some additional research it appears that it might be a Mondiale, but the jury is still out on that.

Second edit (Aug 2020): With continued investigation, it appears more likely to be a Campione d'Italia. But the jury is still out.