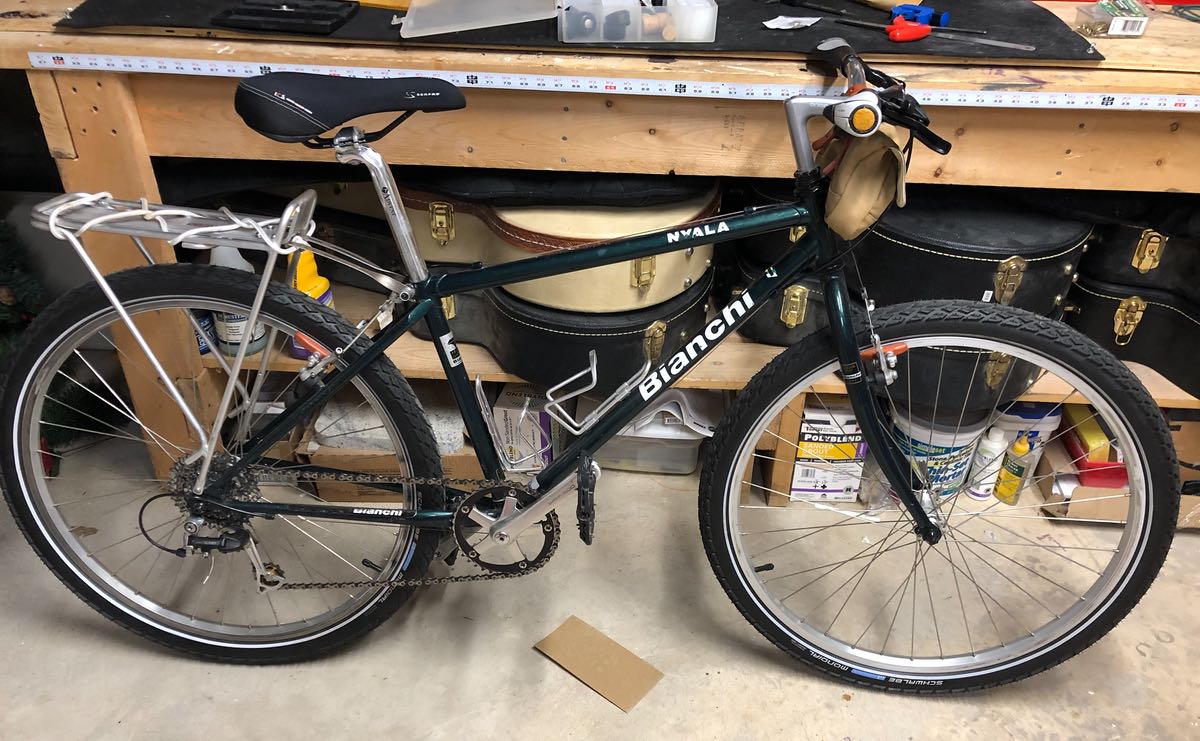 Back in the mid-'90s Bianchi was well aware of the mountain bike craze sweeping the US, but they couldn't resist putting their own Italianate twist on things.

Where others went for lurid paint schemes and increasingly Transformer-like suspension designs Bianchi's mountain bikes were much like their road bikes of the era: classy and classic. There were no RockShox to be seen. Instead you got lugged frames and nimble, tossable handling.

It's not like Bianchi didn't understand mountain bikes. They'd been making them for years, and their Grizzly was already approaching legendary status. They just chose to be different. And if you fell under their spell, as I did, there wasn't much else that would do.

Which is a long-winded way of saying my Bianchi Nyala is long overdue for an introduction here. I've owned this bike since it was new, so that's about 25 years now. I'm pretty sure it'll never leave my hands. In a lot of ways it had more in common with modern gravel bikes than it did with its mid-90s mountain bike brethren. Maybe Bianchi was ahead of the curve?

I've ridden up and down Arizona mountainsides on this bike. I've used it as a commuter. My son rode it when he outgrew his childhood bike. He could have had a new bike, but he too fell under the spell of the Nyala.

That said, it's come in for updates and changes more than once in the past, and it's that time again.

As I rode it this year I began to notice some worrisome play in the headset. And the original Shimano Alivio derailleur was really struggling to keep up with the wide-range rear cassette I'd installed a few years back when I converted to a 1x7 setup. It had also picked up a lot of grime and scuffs from the long miles I put it through, so a deep clean was in order.

So, picked up a Deore LX derailleur from eBay and ordered a very nice FSA Duron headset. Stay tuned for more updates as I get it ready for spring riding.

See all the Bianchi Nyala posts.